Daughters of the Sacred Heart Mission consists of a handful of nuns residing in the midst of a vast slum where poverty, hunger and crime are rife. The Mission provides boarding, basic education and health classes for children in the area; many who are orphans. The Mission is a beacon of love and hope that strives to work within a system incapable of, or disinterested in, helping so many in need. SCP's assignment was to enter the slum and cover the conditions throughout, as well as cover the mission's involvement in aiding a community that struggles to help itself.


*
(Scroll down for enlarged photos)

Upon arrival in the township of Ruiru, which borders Nairobi, I followed a long line of locals down a muddy dirt road lined with garbage, the road ending at the St Francis Cathedral where I filmed and recorded a three hour sermon. The majestic size of the cathedral was a powerful contrast to the many shacks and the in-your-face-destitution that reaches right to Church's front gate. It was a full house this day, approximately 1200 locals coming from the slums. The minister was a brilliant performer of song, dance and wisdom, with a choir of 50 backing him... accompanied by piano and drums over the top... African drums.... and from the herald of angels singing in support did he bring forth one revelation after another,  taking people beyond the sufferance of their hard lives, and welcoming them as brothers and sisters into the world of Catholicism...

With the permission of the minister, I wondered freely about as the sermon ran its course... the only white face in a sea of dark faces... At the end, I positioned myself on the street, looking back at God's compound awaiting the nun who was to be my escort throughout the area. When she exited, she was surrounded by ten children, orphans, most dressed in formal Sunday school clothes, with the little girls wearing sparkling shoes to finish off the look. Things were really put into perspective as I watched these girls leaping across polluted and diseased streams and puddles; all the while navigating their way along muddy tracks lined by garbage, trying not to get their shoes dirty; a task that ultimately proved impossible...

And still these children laughed and played and sang in a place where taking a photograph of the wrong people, or person, could get you harassed, robbed, beaten, or killed.  As I said to my daughters before going on this assignment: 'There is no greater shield when walking through such a slum than having a Catholic nun by your side'; which actually held true. The reason for this is simple. The mission is the only non-profit operating in a slum of thousands. To harm the nun, or her guest, would mean a community response of the most unforgiving nature.  When a confrontation inevitably started with two street criminals, which quickly became a menacing gang who had their eyes on my cameras, Sister Rebecca, my escort, ended the matter with a dismissive wave of her hand, and a righteous tongue, which swiftly deterred the gang from any wrong doing. And in shame did they retreat from the reprimand of one of god's soldiers like embarrassed children.

Venturing further into the midst of the slum, the number of children accompanying us quickly grew to around 50. Despite my desire to be discreet in my wonderings, within an hour, we became a meandering circus of merriment and laughter that was hard to miss: weaving in a long line through bush and across mud paths mixed with sewerage and garbage, until finally reaching our destination... the homes of the poor... where the orphaned children lived.

There is no electricity and running water in this slum. Public toilets are deep holes in the ground, 18 feet or so, shared by all, many overflowing in the heart of a village. (I became very ill within hours of leaving the slum. I suspect it was a bug I picked up whilst photographing the toilets, which were swarming with flies and alot of contaminants in the air that drifted across a beam of light coming through the crack in the wall panels; like an animated curtain of ill health). With the rainy season settling in, and flooding ankle- deep across such villages common, things are sure to get worse; noting the spread of cholera and dysentery is seasonal, with other diseases, such as AIDs, being omnipresent. It is these diseases and unchecked violence in the slum that deters the police from ever entering. No matter who screams. No  matter how many are hurt. Most  are indoors by nightfall.

Think about it... By nightfall. Never stepping  foot aside, because of the lawlessness that will take your life the second that  you do....

And then there are those in the field, from the Mission, who, unlike the police and government, work tirelessly to help better the lives of these orphan children, and to protect them; for all live in constant fear of being abused, harmed, and even forgotten. Many simply disappear, with no one ever looking for them. They are alone, and helpless, but for the nuns from the mission, who provide basic education and health care by day, and return the children to foster homes they've arranged inside the slum by night. All of these homes are small, without amenities, with most of the children having only dirt floors upon which to sleep.

Watch the video, and see what these children, and the women who guard them, are up against. Bottom line. The nuns need your help. They can't keep funding this project on their own.

Please get involved and give generously to the Daughters of the Sacred Heart Mission ( website ). Trust me. its money well spent. See them as  conduits of your good will, confronting these appalling conditions fearlessly and lovingly.... making a difference on behalf of all.

Click on one of the images to open a separate window for slide show... 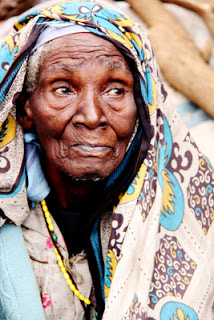 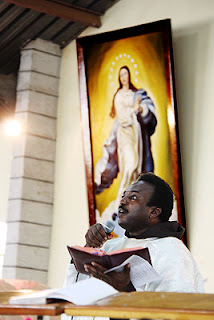 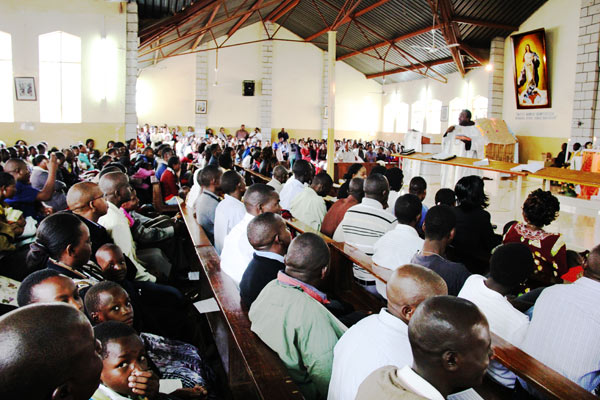 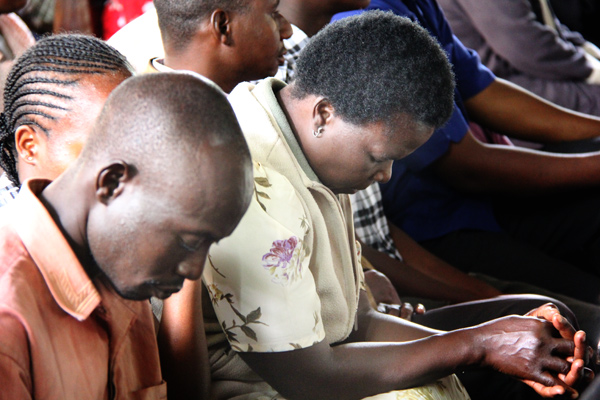 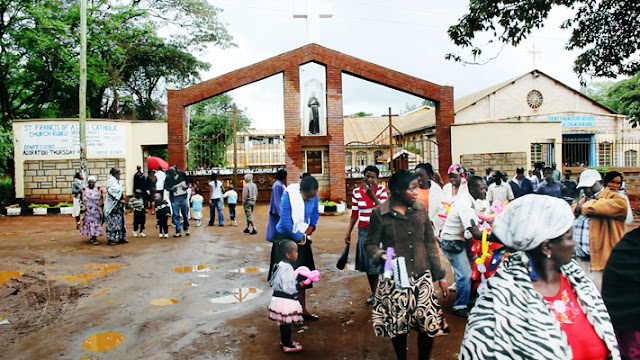 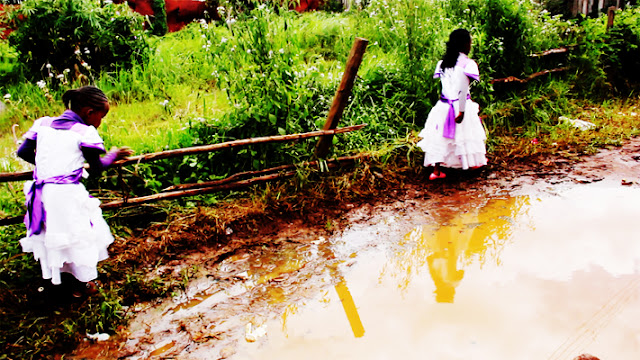 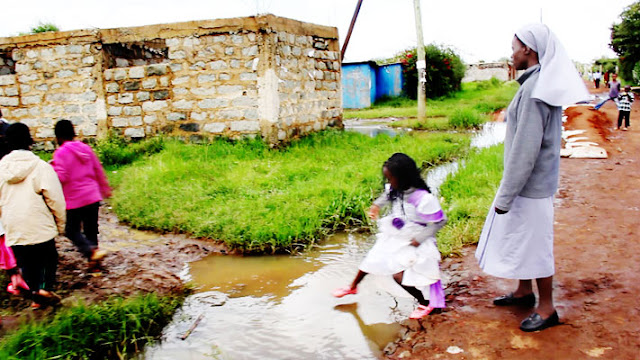 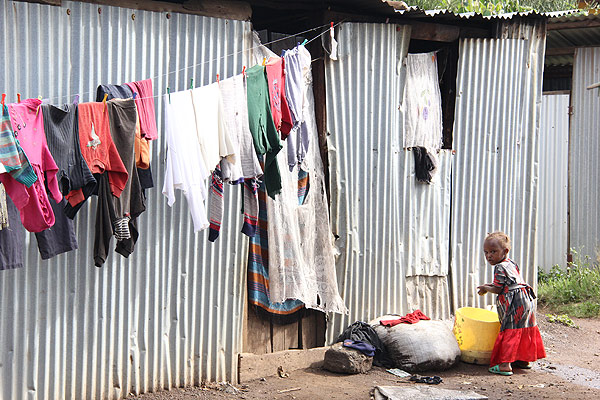 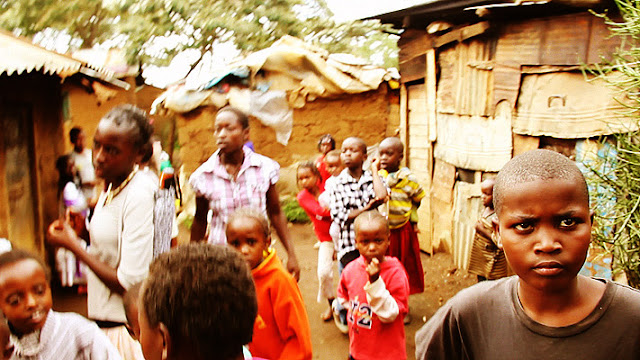 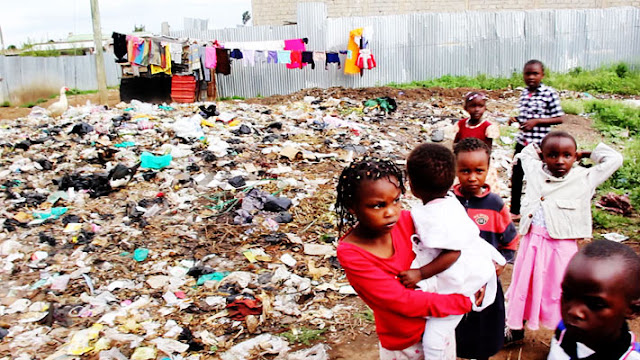 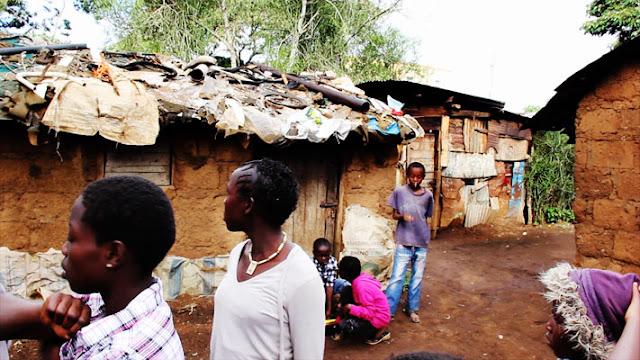 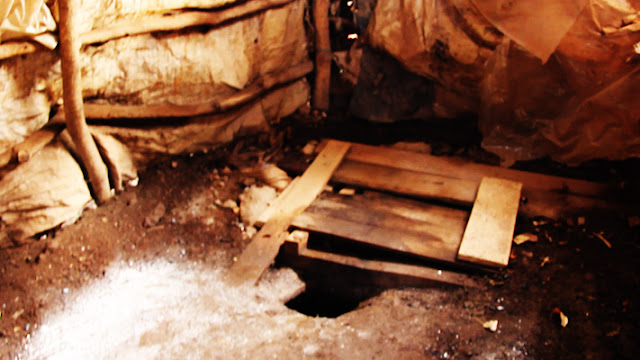 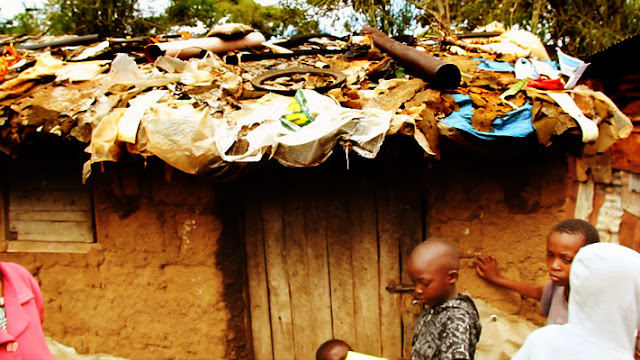 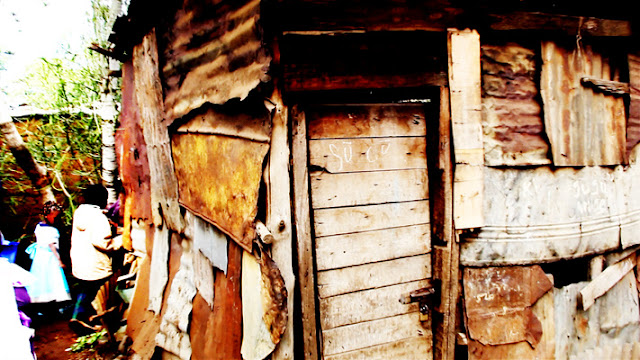 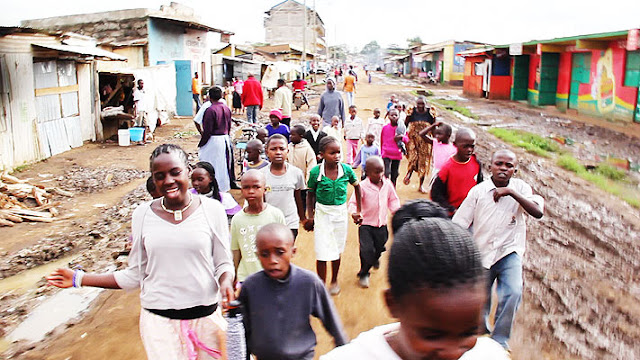 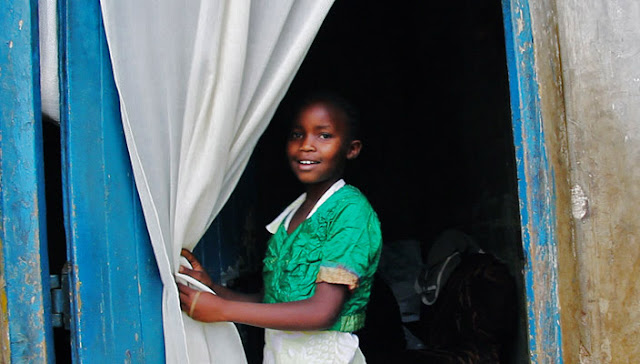 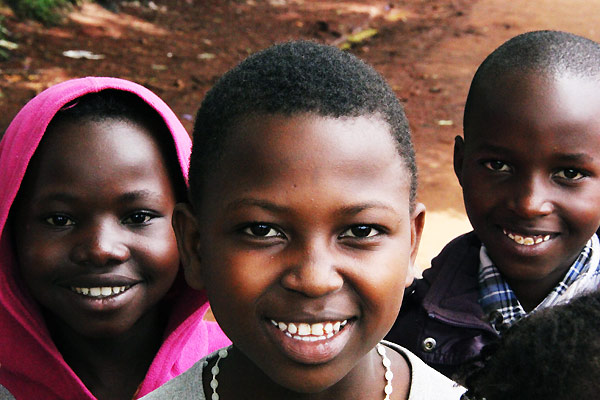 Posted by Smash Compass Productions at 5:22 AM